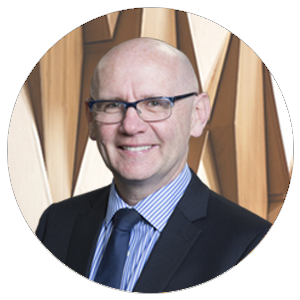 Gus Gilmore leads the Manukau Institute of Technology to achieve its educational and financial outcomes, with a primary focus on leadership and the day-to-day management of the Institute.

Gus has been Chief Executive at MIT since September 2016 after three years working as the Deputy Chief Executive Operations at the Tertiary Education Commission where he was responsible for funding tertiary education in New Zealand and implementing Education Policy.

His natural inclination to want to make a difference in South Auckland education led him to his current role at MIT where, apart from day to day management, he has a particular focus on achieving educational parity for Maori, Pacifica and under 25 year old students. A large part of this includes building strong relationships with our local community, employers and primary stakeholders.

Gus works closely with Central Government and is currently working with his peers to transform the ITP (Institutes of Technology and Polytechnics) sector in New Zealand following the Minister’s request for deeper collaboration and some consolidation within the sector. This project is running throughout 2018, with a planned implementation phase in 2019 and 2020.

Earlier roles have included Project Director for Star Alliance where he led the operational readiness for the move into a new terminal at Heathrow Airport. Prior to this, Gus had a career at Air NZ in various GM roles including GM Operations for the international airline.