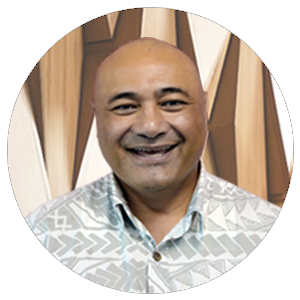 Peseta Sam’s role as Deputy Chief Executive Pasifika and Student Journey is dedicated to the improvement of outcomes for all students at MIT.  The focus is on their education, training and equipping students for jobs after graduating.  He believes that this in turn makes a difference in the lives of the students, their families and our wider communities.

Peseta Sam has a track record of success as an advocate for Pasifika people, particularly Pasifika youth.  He worked at a local community level as a lawyer, business owner and consultant helping businesses and social service organisations prosper.  He also held several Ministerial positions including Minister of Local Government and Minister of Pacific Peoples, and was the Member of Parliament for Maungakiekie from 2008 to 2017.

Born in Samoa, Peseta Sam moved to New Zealand as a child and grew up in Mangere and Onehunga attending Mangere Central School, Auckland Grammar School before graduating with commerce and laws degrees from the University of Auckland.  Education has transformed his life and he wants to share and promote these same opportunities with others.

In his past roles Peseta Sam has worked closely with people at all levels across the professional, political, community and sporting spectrums.  He is highly regarded and well-connected nationally and in the Asia-Pacific region.  He brings these networks and experience to the team at MIT.

MIT is also home to the Pasifika Community Centre which is a hub for the local Pasifika community.  It is a place where Pasifika languages, culture and heritage are promoted and nurtured. The centre thrives with daily activity that brings together local groups into our modern learning and teaching environments.