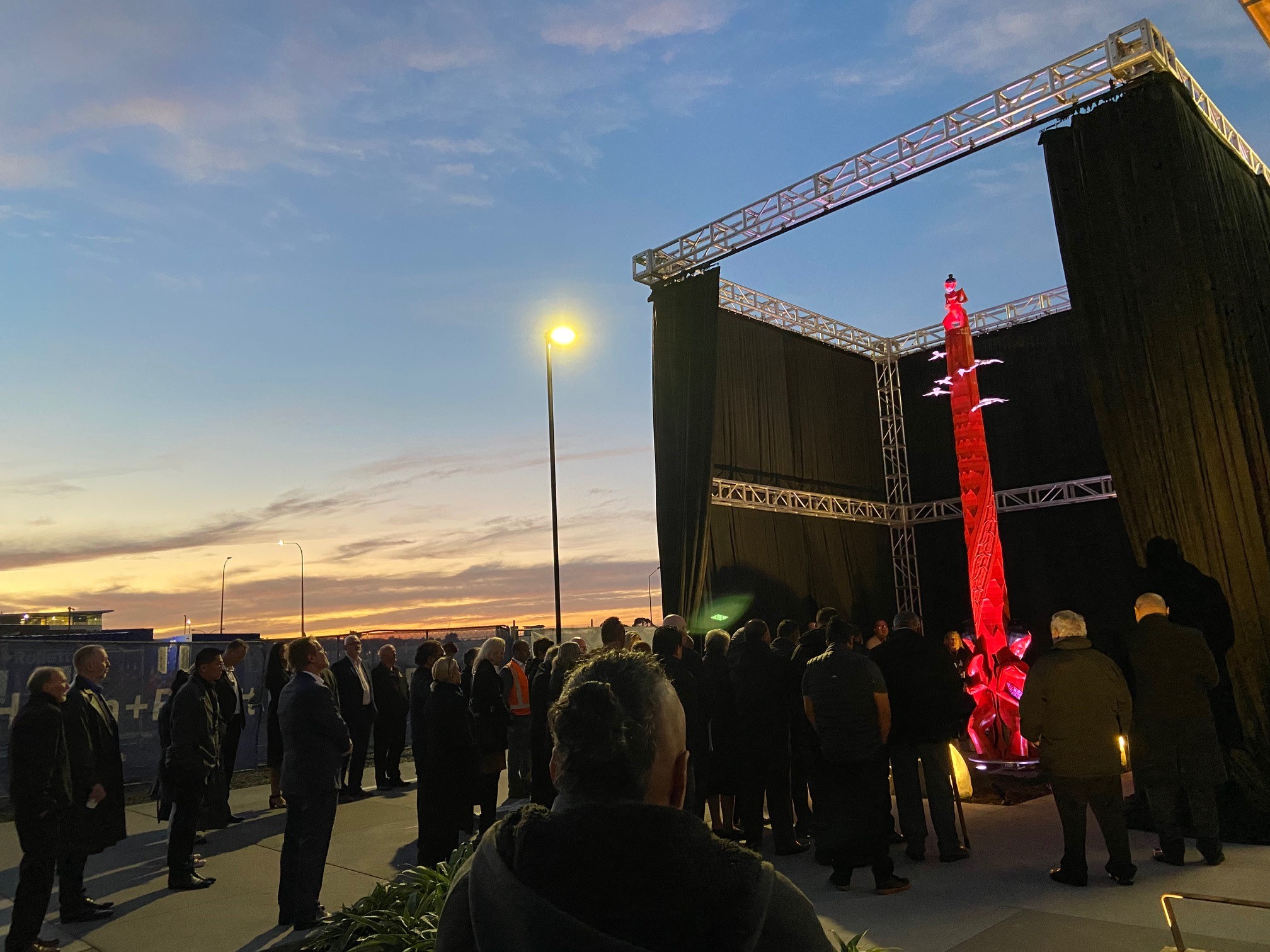 Te Aka Mātauranga was unveiled with a dawn blessing.

MIT TechPark stands on a foundation of knowledge and expertise built through providing trades and engineering training in Auckland for more than fifty years.

Today, we are educating tauira to embrace new technology in building a future for themselves, whānau, community and Tāmaki Makaurau.

This morning, Te Aka Mātauranga was unveiled, the first pou made with 3D printing technology, created through a partnership between Mana Whenua, a MIT visual arts graduate and our institute.

“The aim of doing it through this method was about the younger ones and opening their minds so they can think a bit more about the future,” says Ngāti Tamaoho master carver, Ted Ngataki who with artist Maaka Potini designed the pou.

“We managed to uphold that side (tīkanga) of our culture in terms of the starting prayers, we always go through and the ending. All the stages of karakia we would use taking wood from the forest,” he says.

At the base of the pou are Ranginui and Papatuanuku with a spiraling pattern representing whakarare vine connecting the deities to the demi-god and Tainui ancestor, Tāwhaki.

Twelves birds encircle the structure; the kuaka which Māori used to navigate to Aotearoa and symbolizing how our students are guided by kaiako in their journey towards learning. 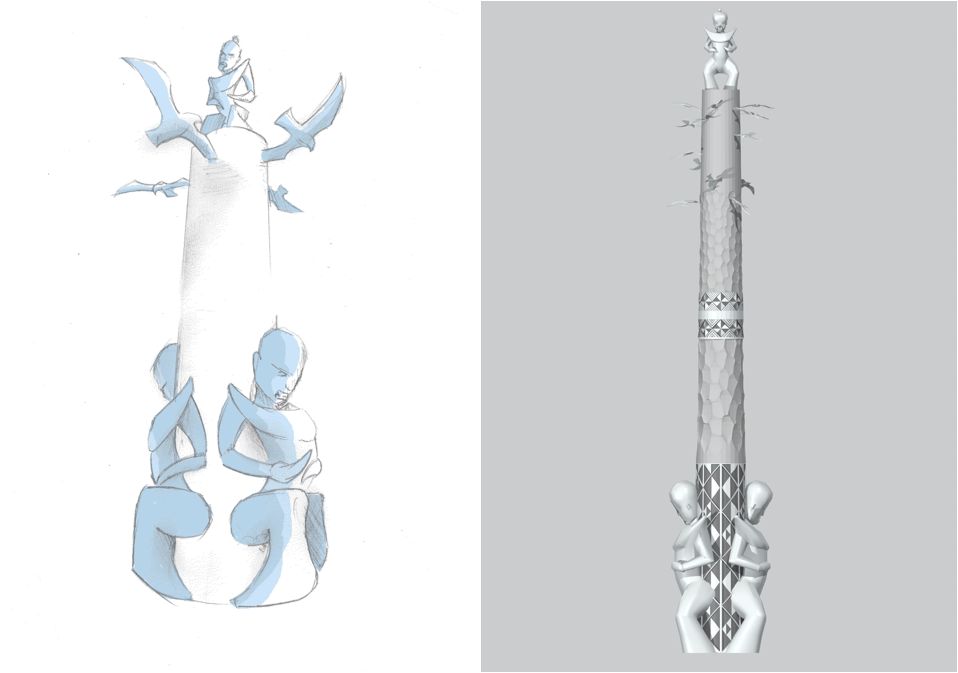 Sketch by artist Maaka Potini alongside a render of Te Aka Mātauranga by digital designer Euan Craig.

From the sketches and mātauranga provided by the artist and master carver, a computer-aided design was created by Āwhitu-resident Euan Craig.

“The idea was for it to look like a carved pole, but when you get up close, it has the pixilated nature and people go ‘what’s going on here,’” the MIT visual arts graduate says.

There was no company with the capacity to print an object so large in New Zealand and deliver it on time, so this work was done by Objective3D in Melbourne over the course of five weeks last year.

The seven-metre high pou was shipped to Auckland, assembled and painted on site. The red colouring is a reference to Hine-ahu-one, the first woman who was formed from the red earth of the kurawaka and the belief in te ao Māori that all human life comes from the earth. 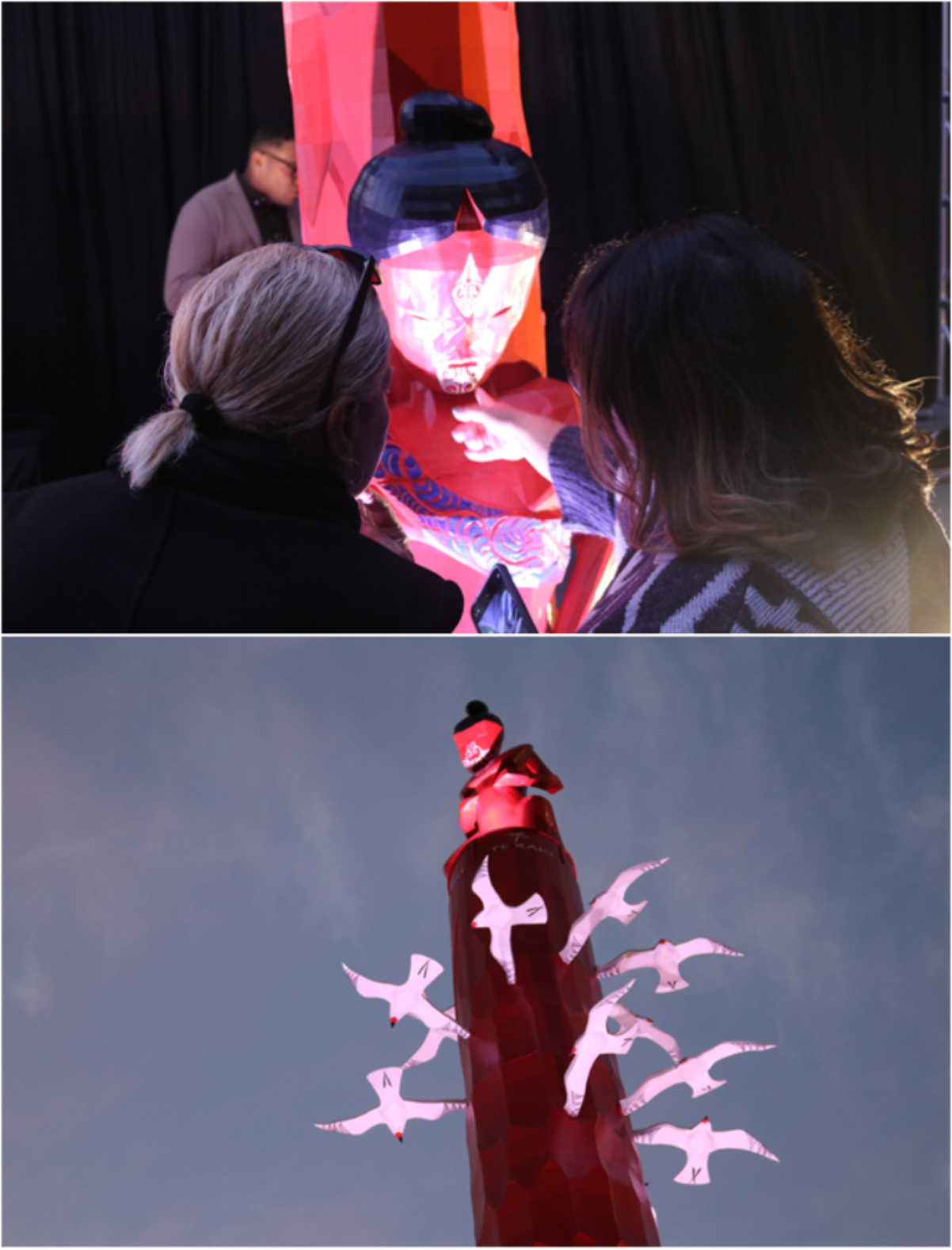 Detail of Te Aka Mātauranga including figures of Papatuanuku at base of the pou (above) and demi-god and Tainui ancestor, Tāwhaki (below).

“I work on a computer all the time,” says Euan Craig. “I’m looking forward to putting my hand on it myself and feeling it. There’s something about being able to touch the art. I like seeing the perspectives of the tribes and how that’s changing with new technology.”

“They’d be tickled pink to see we are moving on,” says Ted Ngataki of how previous generations of carvers would view this innovation. “What I feel in me is all the rakau, all the Tane Mahuta are taken out of our land. We can’t go to that resource because of what has happened. It’s not right to use logs when there’s not enough left.”

The pou is an important part of providing learners with a built environment that responds to the cultural landscape of Tāmaki.

MIT TechPark is the regional host for the national Construction and Infrastructure Centre of Vocational Excellence (ConCOVE). One of the major projects of the centre is to attract and retain more learners from priority learner groups in trades and engineering careers including women, Pasifika and Māori.

“The pou has a story tied to Mana Whenua and is a symbol of the new direction of where things are going and how tīkanga Māori is evolving,” says MIT Deputy Chief Executive – Māori, Dr Wiremu Manaia. “Although the practice of carving is traditional, the processes have evolved over time. We have been using not just wood, but stone and metal.”

“It’s unique and appropriate for TechPark, the newest technology-training establishment in the country,” says Dr Manaia.

MIT would like to thank our Mana Whenua and design partners for their support, particularly TechPark Programme Manager Neill Laurenson for his inspiration to conceptualize this 3D printed pou and commitment to realizing this project. 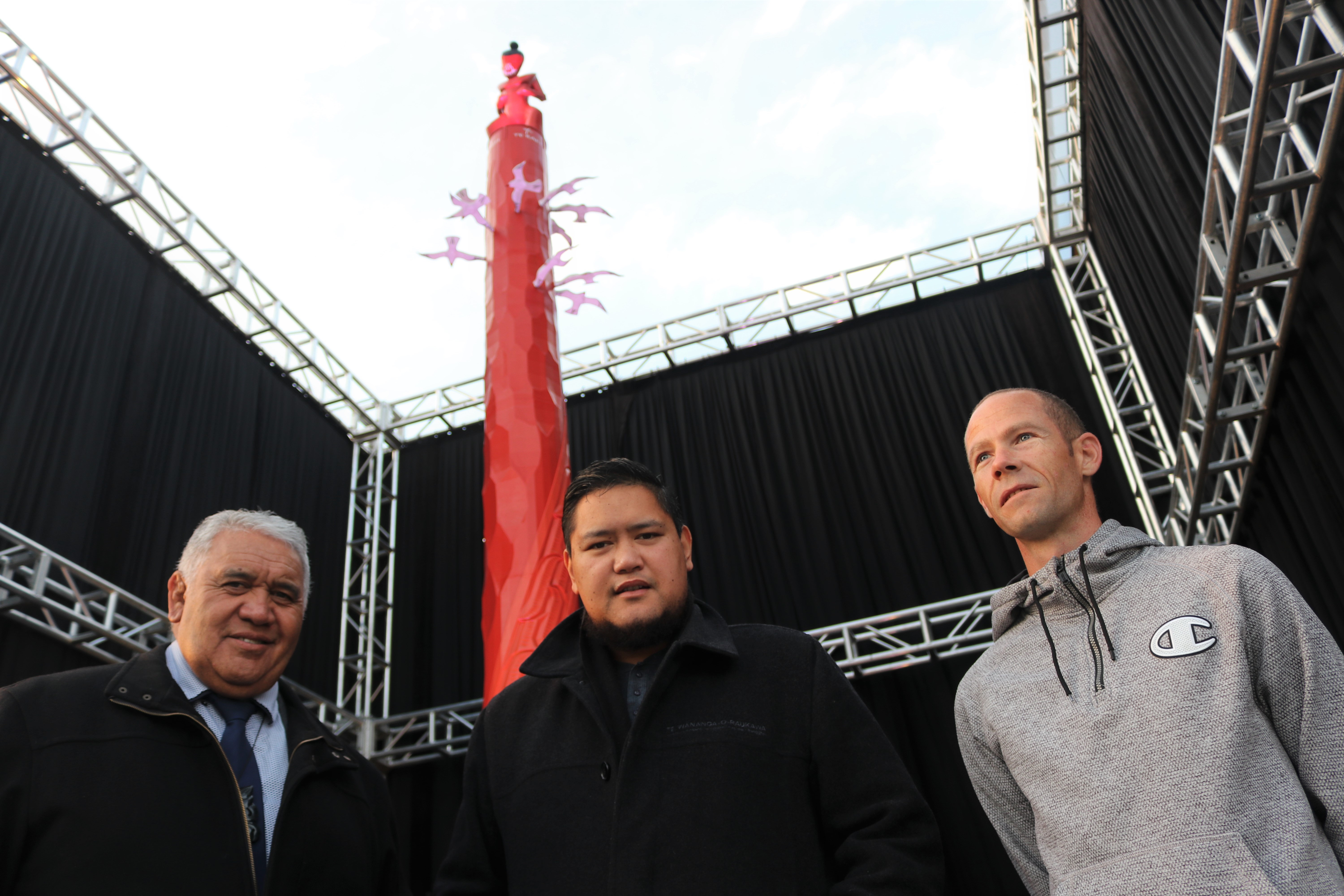