MIT social work student a voice for her people 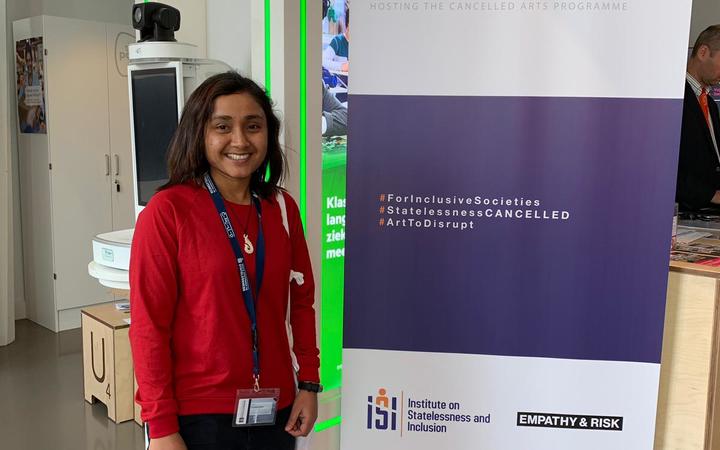 Hafsar Tamesuddin left her homeland almost ten years ago. She was resettled in New Zealand in January this year, after spending eight years in Malaysia as a stateless ethnic Rohingya, born in Myanmar.

‘We don’t take it for granted, as a person who has been stateless for your entire life, getting to be in a country with full protection and having some sort of document, it means a lot to me and to us…we’re more than happy to contribute with the individual levels and the community levels.

“We appreciate the fact that the tangata whenua of this land is sharing their land to let us stay in this country as their fellow human beings, we totally appreciate that,” she told RNZ’s Afternoons with Jesse Mulligan.

There are currently more than 1 million refugees still at the border of Bangladesh and Myanmar, she says. The Rohingya people are one of the most persecuted minority groups in the world, and have been stateless for more than four decades, says Tamesuddin.

Like all refugees who arrive in New Zealand, Tamesuddin spent the first few weeks at the Mangere Refugee Resettlement Centre.

Although Tamesuddin says she is interested in having the skills of refugees assessed in a more useful way.

Organisations around the world who are working for refugees need to know exactly what kind of suffering and what ongoing issues refugees face, she says. Not from the news but from the people who have actually lived these realities.

Tamesuddin is now in her first year of tertiary education in Auckland, studying social work.

She says she loves the peacefulness of New Zealand and having the freedom to express herself.

“For a person like me who has been living in the very oppressive situation, being a stateless person, we don’t normally have the right to speak up for your rights and for whatever you think needs to be heard.

“I think this is the country where you can say what you want to say, and you can be the voice not just for yourself, for other people as well…I think people are being respected here.”

Tamesuddin says as someone who herself is an indigenous person, she loves to study Māori issues.

“I really love the fact when people acknowledge and respect the indigenous people of the country but to me it’s like a whole new world of understanding Māori perspectives and trying to understand how did it work in the past and how it…impacts still now and the things that are happening ongoing.”