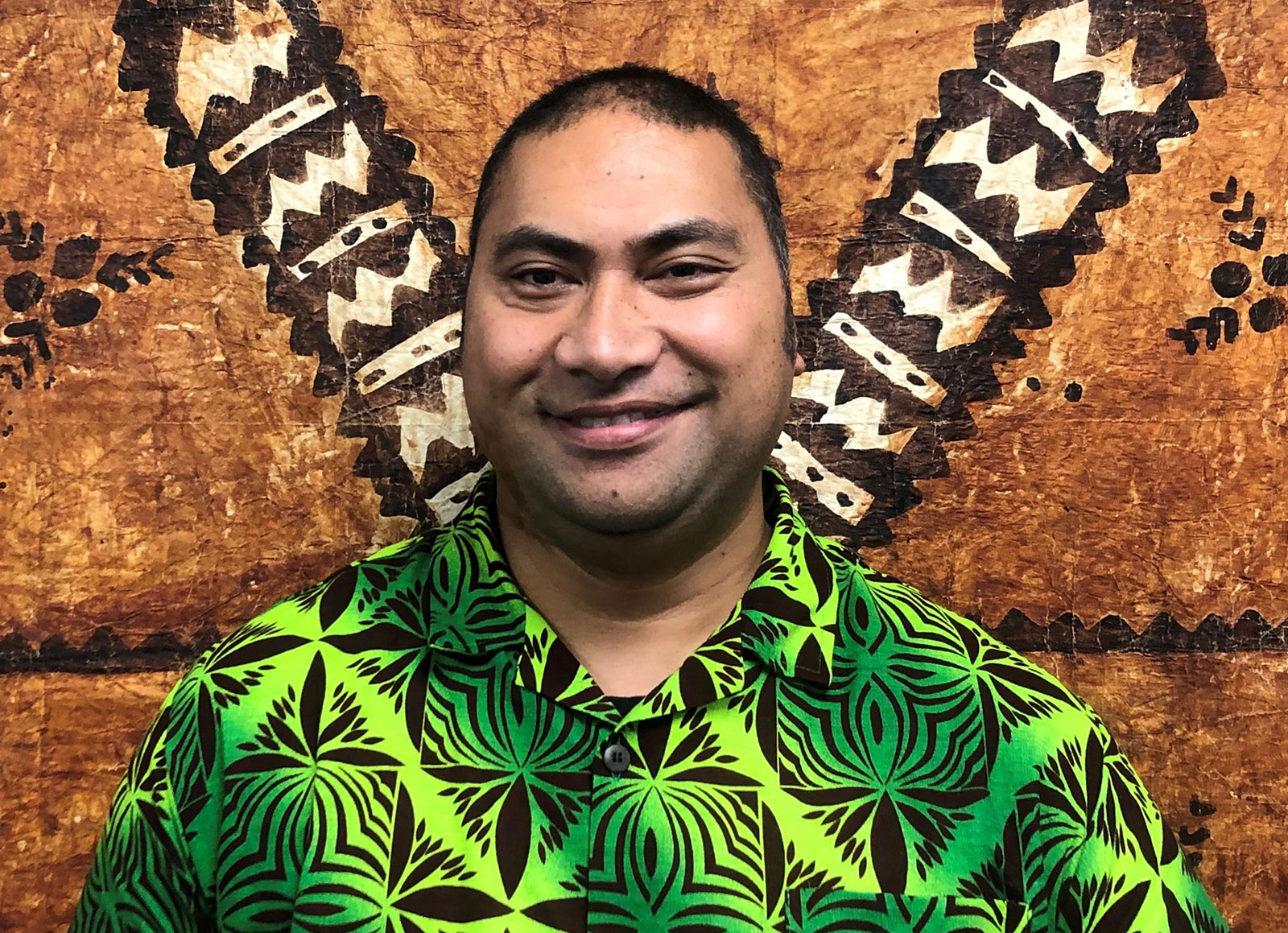 It was a great conversation and fit well with the theme of the week - Fakakoloa 'o Aotearoa 'aki 'a e Ako Lelei, which means enriching Aotearoa with holistic education.

The theme serves as a conversation starter on the importance of holistic education, diverse forms of learning and how Aotearoa can benefit from it.

Could you please tell me your full name and your role here at MIT?

My full name is Frederick Loloa Alatini - funny story, I was named after my granddad's first cousin. And I always wondered where that name came from. Apparently, he just thought it was a cool name.

He also called me Loloa, which literally translates ‘tall’ or ‘long’, he probably predicted that before I was even born, that I was going to be tall.

And Alatini, like most times, we usually in the past took the first name from our grandparents and great-grandparents. So, a lot of history was lost of the surnames. It's only recently that we're starting to retain the surnames. So Alatini was my granddad's first name, I always get asked are we related to the famous Alatini brothers. We sound like a broken record now saying no, so we just got to the point where we just say ‘yeah, yeah, yeah, he's my cousin.’

Tell me about your Tongan roots – where in the islands does your family come from?

I was born in New Zealand – a first generation. My parents came here in the 1970s. My Dad’s village in Tonga was Okoa and Houma - Vava'u - Mo'unga'one and Koulo - Ha'apai. And my mum is from Niuatoputapu, Niuafo'ou, Lapaha and Tongata'e'apa - Tongatapu. When they came to New Zealand, they were overstayers and my Dad had amnesty. Dad was part of the Dawn Raids, and my mum fortunately wasn't.

I grew up in the 80s and 90s finished high school in the 90s. But like a lot of our New Zealand Tongans, we grew up very fluent up until the age of five, we were learning at home. But once we started going to school, we were speaking English, then you know we're also encouraged to speak English. Eventually, I think I just got too complacent. I actually lost my Tongan language.

It wasn’t until I got to high school where I started joining in with Polyfest. I went to Hillary College in my junior year, but I was getting into all kinds of mischief. My parents sent me off to boarding school at Wesley College, where there are a lot of Tongans.

It was a great school. Great for sports, and academia, but it’s also where I could take classes in my first language, and I was given the opportunity to reconnect with the language again.

I then went to university and took all the Tongan papers that were available - I majored in Pacific Studies but had Tongan as my minor. Once I finished my degree, I became a Tongan tutor, teaching to people who are just like me.

I'm a Christian, and we draw strength from the church and all that jazz, but for me personally, relearning my language and my culture gave me strength. I honestly believe that is what got me to where I am now because most of the roles that I’ve had, have a strong element of the Tongan language and culture.

What initiatives are currently happening during Tonga Language Week that people could keep their eyes out for?

There's currently a lot of online platforms producing some great online presentations. At the end of this week, we've also got a panel discussion, we've got two representatives from Unitec and two from MIT. Because the theme is based around education, the panel will be talking about their educational journeys.

Do you have your own children following in your footsteps with the language?

I've got five daughters - 16, 14, 12, eight, and three. And I would absolutely love for them to take an interest in their Tongan roots. I know how important it is – when I was in school, our grandparents or parents were saying ‘you know you need to learn English to get ahead’. But I'll be honest with you, I think it's the other way around.

Growing up and knowing yourself, your identity, your language, your culture - that adds multiple layers of different worldviews. We’re not all the same here in New Zealand, and I would say we're very different per generation.

Two last questions. What is your favorite Tongan dish?

I have two – one of them is Lū pulu māsima - it’s a brisket dish (salted beef), coconut cream and onions wrapped in taro leaves then baked. It’s usually eaten with either taro, yams, green bananas or bread.

What is one of your favorite Tongan traditions?

There's a special covenant that we have with our sisters to do with the respect that we give them. In the Tongan culture, your sister has the highest ranking. Traditionally, even if I was to have children, the naming rights of my children belong to my sister. And during family events like birthdays and christenings, they are also celebrated.

The highest-ranking sister in any given family is your father’s sisters - mehikitanga, and lowest ranked is your mother's brothers - Fa’ē tangata. My wife also likes this tradition as she is a sister. So, when her brother's kids have birthdays, she receives a lot of good service.