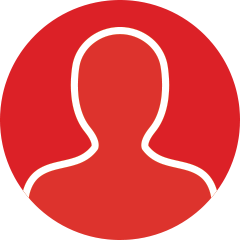 Michael started his career in construction industry administration. He has worked in the tertiary sector as a lecturer in Business and IT subjects from 1987 until 2000 at UNITEC. Full-time at MIT since 2001, he has held a variety of programme leadership roles since 2002: Programme Leader Academic DipICT Level 5/6 until 2009; Programme Leader CertICT Level 2010, 2014-2015 and Programme Leader Cert in Computing, Communication & Business 2011-2013. He is also a member of the IT Programme Committee.

Student retention and success along with pastoral care, particularly at entry levels have become a key focus for Michael.

His Master’s Degree has a strong component of adult literacy and numeracy research.

Michael has also been active at the ITP sector level in his discipline, representing the Auckland North region for CITRENZ for a number of years. He has undertaken multiple national level roles for this sector organisation.

As a member of NZQA MROQ workgroup member (2013-2016) Michael participated in the design of the current L4-L6 IT qualifications. He is currently active in helping develop MIT’s new programmes of study under the NZQA framework.